Visual studio code is cross platform,open source code editor.It is supported on Windows,OS X and Linux.
VS code is a generic editor and could be used for any language. You can use it to write code for languages such as:

It is the first cross platform editor from Microsoft has following features:

To use Visual Studio code for Windows you can download it from the following path:

After you install it you can open Visual Studio Code.You will see a window as below:

The left hand side consists of the toolbar which has options for:

You can debug application using the shortcut F5.

You can open the folder containing the code using the File -open folder menu or the shortcut keys Ctrl+K,Ctrl+O.This folder should be your root folder for the solution. 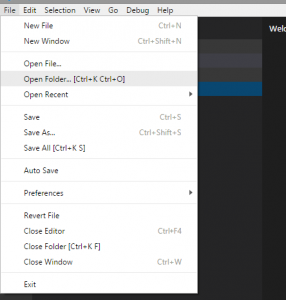 Once you select the root folder ,you view and navigate the contents of the folder in the explorer.

One nice feature of Visual Studio code is that you can execute commands within Visual Studio Code instead of opening a new command prompt.To execute the commands you can open the Integrated Terminal using the File menu or the shortcut key Ctrl+` .”`” is the tilde character. 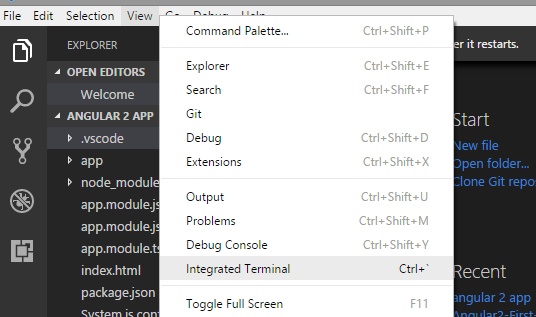