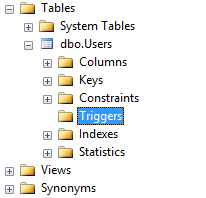 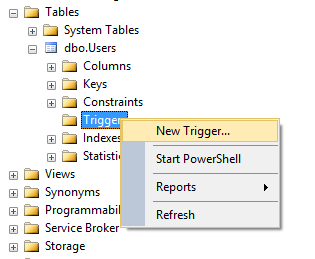 Now if we insert a record in the Users table a new record will be inserted in the UserAudit table as well.If we execute the following insert statement
INSERT INTO [dbo].[Users]([UserName],[Email],[Password],[Id],[IsActive])
VALUES(‘Ashish’,’test@test.com’,’pwd’,1,1)